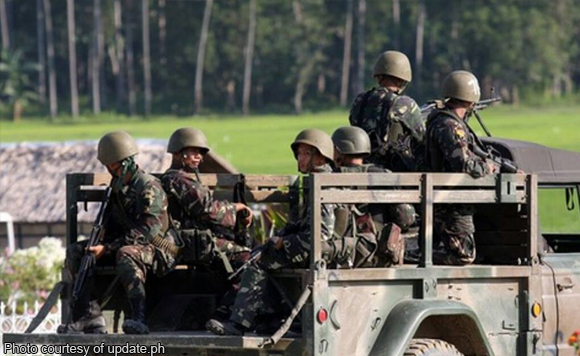 Rights group Karapatan-Sorsogon insisted that members of the Armed Forces of the Philippines (AFP) are still present in far-flung areas in the province despite an ongoing ceasefire between government troops and the Reds.

According to Karapatan, there is still AFP presence in Barangay Catanusan, particularly in Zone 4. The troops were reported to be members of 31st Infantry Battalion of Philippine Army (IBPA).

These villages include Balocawe and Sinebaran in Matnog, San Ramon in Barcelona, Payawin and Sangat in municipality of Gubat, and even in Bacon District.

“Aside from Sorsogon, Municipality of Ragay in Camarines Sur recorded military presence in Barangay Cabadisan,” the same report said.

Last August 21, the Central Committee of the Communist Party of the Philippines (CPP) and the National Operational Command of the New People’s Army (NPA) unilaterally declared a ceasefire against the Philippine government.

The ceasefire, which would last until August 27, coincided with the resumption of peace talks in Oslo, Norway between the two sides.

The AFP said that it ceased combat operations in these conflict-ridden areas on August 22.