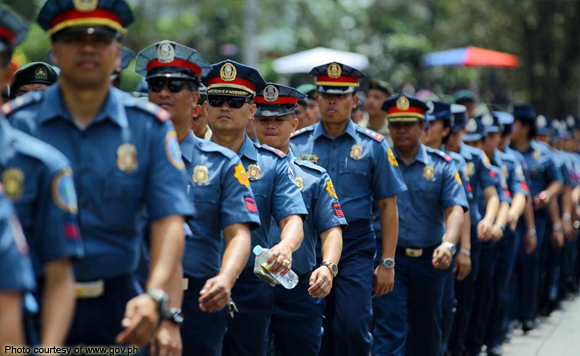 For missing institutional targets, at least 34 police chiefs in the Bicol region are now packing their bags having been told to vacate their posts on Tuesday after evaluators from the Philippine National Police concluded that they have failed to meet targets on the implementation of the Oplan Double Barrel, a nationwide police campaign against illegal drugs.

Chief Supt. Ramon Melvin Buenafe, Bicol police director, said in an interview that the 34 officers were ordered to report to the regional police office and were directed to take up refresher courses on operations and related specializations.

The provinces of Catanduanes, Masbate and Sorsogon each had five town police chiefs relieved from their assignments.

Buenafe further said that 23 policemen in the region have been subjected to investigation, right ay the very start of the government’s anti-drug campaign under Oplans Tokhang and Double Barrel. Of that number, ten have been removed from service after they were found to have hindered police operation or were proven to be illegal drug users or protectors of the illicit trade in their respective jurisdictions.