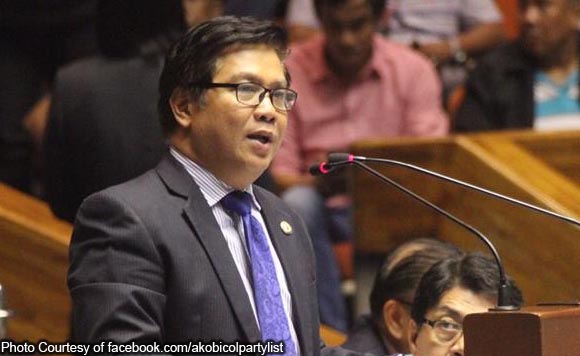 A leading lawmaker from Bicol raised the ante in the government’s fight against illegal drugs as he called on Congress to pass a law classifying the act of “recycling” of illicit substances among the heinous crimes punishable with the maximum penalty of life imprisonment to death as prescribed by the Revised Penal Code.

“Recycling of illegal drugs” is the act of bringing back confiscated illegal substances to the illicit drug market. This practice by erring law enforcement agents, now known as “Ninja Cops,” became the highlight of testimonies given by witnesses in the ongoing probe being conducted by the Senate Committee on Justice and Human Rights earlier this week.

According to Ako Bicol party-list Rep. Rodel Batocabe, he will insert a provision on “Ninja Cops” to penalize the practice of recycling illegal drugs and include them among the punishable acts enumerated in House Bill No. 01, which seeks to restore the Penalty of Death.

“I will also push for the retroactive effect of the proposed measure if enacted into law to make those found guilty of this horrible crime pay and discourage errant lawmen from recycling confiscated drugs,” the Ako Bicol solon remarked after the Senate probe revealed that some of the drug personalities killed recently were police assets who were made to sell illegal drugs confiscated in police anti-drug operations.