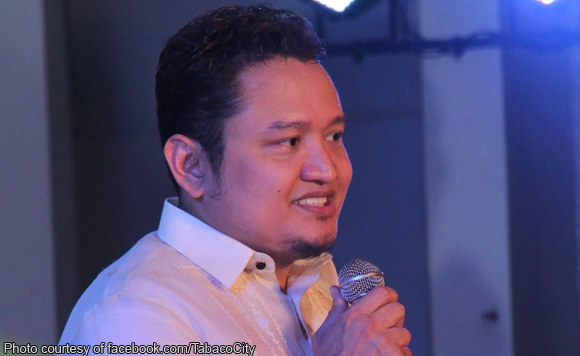 “I think it’s precisely his inarticulateness that makes for a ‘veritable cover’ for the reckless language and flip-flopping. It has gotten to a point where ‘statesmanship’ and ‘presidentiable’ have very low currency in public discourse,” Lagman said of Duterte, who admits to using “gutter language” since that’s what he used growing up.

Lagman appeared to compare Duterte’s lack of eloquence to that of former president Estrada, whose term was cut short due to the public upheaval dubbed “EDSA Dos” 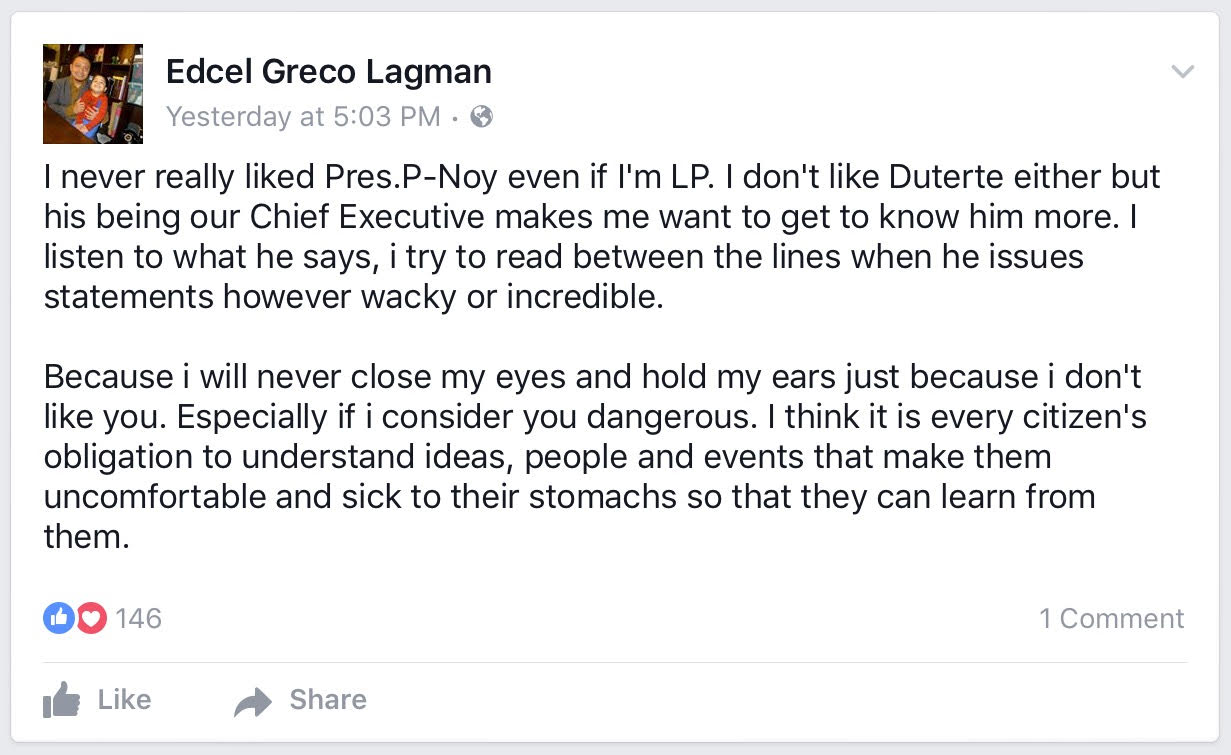 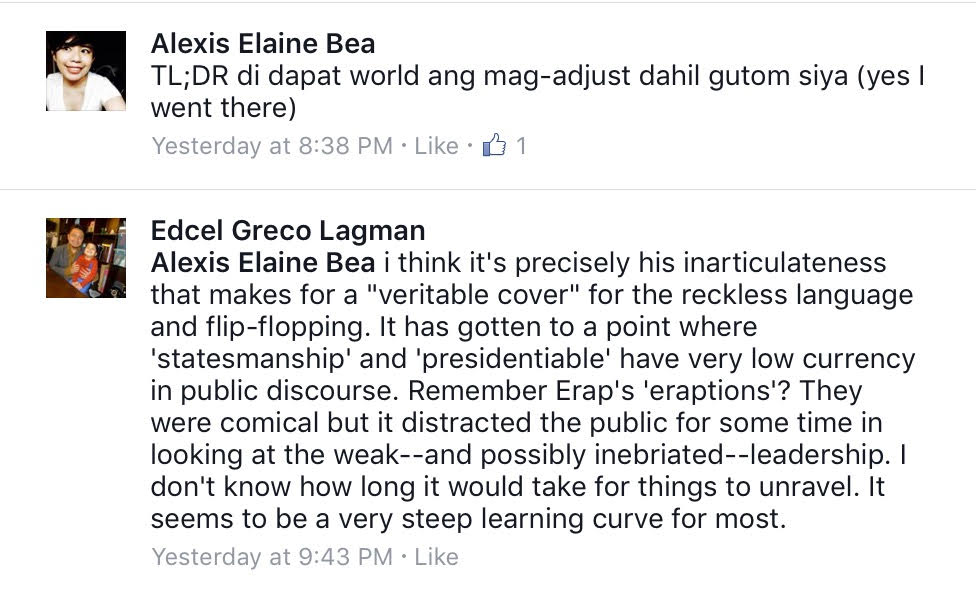 “Remember Erap’s ‘eraptions’? They were comical but it distracted the public for some time in looking at the weak–and possibly inebriated–leadership,” he said.

Taking it a step further, Grex, son of current House Minority member Rep. Edcel Lagman, hinted that there might come a time when Duterte’s “wacky and incredible” statements could no longer hide the kind of leader he is.

“I don’t know how long it would take for things to unravel. It seems to be a very steep learning curve for most.”

If anything, the younger Lagman vowed to keep listening to Duterte in order to better understand him.

“Because i will never close my eyes and hold my ears just because i don’t like you. Especially if i consider you dangerous. I think it is every citizen’s obligation to understand ideas, people and events that make them uncomfortable and sick to their stomachs so that they can learn from them,” he said.