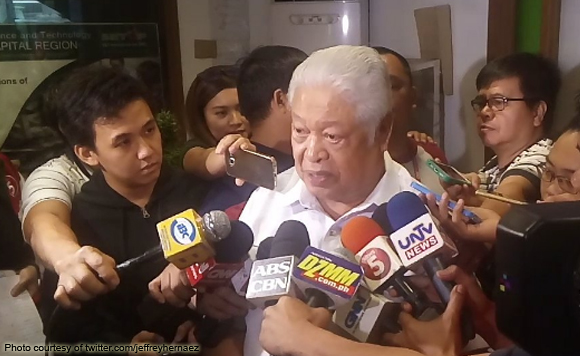 “This proposed memorandum circular of the present administration is reminiscent of the letter of instruction 11 during martial law.”

Albay Rep. Edcel Lagman gave this remark on Tuesday in a press briefing in reaction to President Rodrigo Duterte’s order for officials appointed by the previous administration to tender their courtesy resignation.

According to the Bicolano solon, Duterte’s directive reminded him of the letter of instruction dated Sept. 29, 1972, made by the late dictator Ferdinand Marcos after declaring martial law, which ordered all appointed officers of the national government to resign from their office not later than October 15, 1972 in his bid to reorganize the executive and judiciary to meet the necessities of national emergency which necessitated the declaration.

Lagman said that Duterte’s memorandum declaring all posts coterminous with the Aquino administration vacant is indicative of lack of due process.

“You could see the similarity, a pattern of denying people, including public officials, due process,” Lagman added.

Lagman lamented that instead of being unceremoniously removed, the accused officials said to have failed in curbing corruption in their agencies should be granted due process to clear their names as their immediate dsmissal cast a “stigma” on their reputation.