Batocabe to Congress: partner with Duterte’s war on drugs 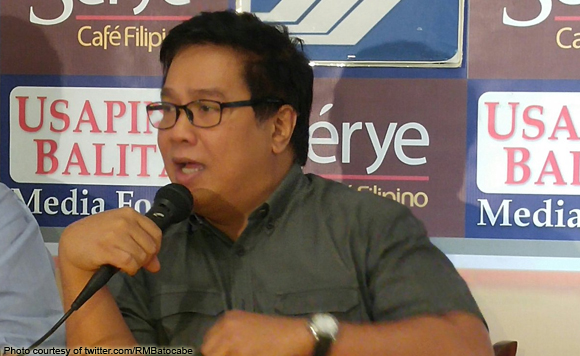 “The full recovery of drug users is the ultimate victory in President Rodrigo Roa Duterte’s war on drugs.”

So said AKO Bicol Party-list Representative Rodel M. Batocabe yesterday as he rallied members of the House of Representatives to support a nationwide drug rehabilitation program in a privilege speech entitled “Bringing Humanity to the War on Drugs”.

Batocabe highlighted the need for State intervention to rehabilitate the growing number of victims of the drug menace and called for the establishment for a drug rehabilitation center in every legislative district in his speech.

“The war on drugs must not be a war against drug dependents. The ultimate goal of this war must be the rehabilitation and reintegration of the drug dependents into society, for them to be contributing members of the community and free from the shackles of illegal drugs”, said Batocabe.

The Bicolano solon also urged his colleagues to partner with the chief executive because, according to him, “the staggering number of drug dependents who have surrendered should be met with the necessary rehabilitation and treatment program from the government.”

Batocabe also laid out in his speech an action blueprint which calls for the establishment of drug rehabilitation centers in every legislative district to address the “intimidating” numbet of those seeking treatment.

The Bicol solon pointed out that if the government can pour P63B worth of its resources in the Pantawid Pamilyang Pilipino Program, it should not have any qualms spending P34B for the rehabilitation for drug rehabilitation to fully rid the Philippines of its drug problem given the length of President Duterte’s term.

“If we have 234 drug rehabilitation centers, one in each legislative district, each of them would then handle around 2,400 drug dependents. This number is clearly more manageable on the operational and logistical point of view,” according to the lawyer-solon.

“Admittedly, the drug problem is one that needs to be eradicated, but we should not mistake these surrenders for treatment as victory over drugs,” Batocabe said further.

“Surrendering is just the start of the war, because that is the time that these drug dependents can be identified, accounted for, and committed to a proper drug treatment program,” explained the solon.