Not too fast: Lagman-led SC petition to unseat Suarez to be filed next month 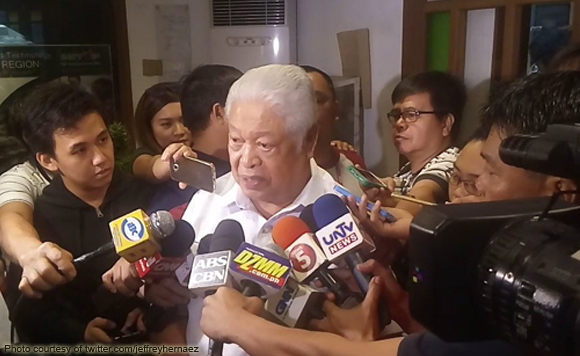 The fight for minority leadership in the lower house is not yet over.

That is according to Albay Rep. Edcel Lagman who, on Wednesday, said that the “true minority” will not give up on their cause that easily as he confirmed that the planned petition to unseat Quezon Rep. Danilo Suarez as the minority leader before the high tribunal next month.

“The petition will be to effectively nullify Suarez’s minority leadership and to recognize Cong. Baguilat as the authentic, real and legitimate minority leader because he was the clear runner-up to Speaker Alvarez,” Lagman said in a press conference Wednesday.

Suarez, however, contends that the Lagman group’s petition cannot possibly stand legal scrutiny because House rules clearly state that those who do not belong to the majority, could elect their leader among themselves. His vote for Speaker Pantaleon Alvarez was also voided by his letter withdrawing the same and made him eligible to be elected upon as the minority.