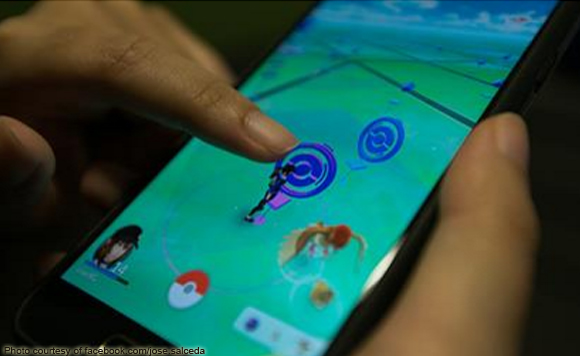 Can a gaming app like Pokemon Go cause more traffic jams in Metro Manila?

Albay Rep. Joey Salceda believes it could, because he knows the lengths people could go to in their desire to be the very best like no one ever was.

In a Facebook post, Salceda admitted he’s also been bitten by the Pokemon Go bug sweeping the country.

“For everyone’s enjoyment and information, I am now at Level 21,” he said of his progress as a Pokemon trainer.

Since he’s moving up the training ladder, the Bicolano politiko is aware of the compulsion players have to catch more Pokemons (short for “pocket monsters”) and improve their gaming stats.

“I know how it (leveling up) will spike up the need to move around or to stop and park,” he said.

Salceda said the Pokemon Go craze could affect traffic because for one, players are always on the lookout for Pokestops where Pokemons could be caught and Pokegyms where they could battle.

“[You know] how you hate that notif.
This Gym is too far away. THIS POKESTOP IS TOO FAR AWAY. Alangan naman ang patuka ang lumapit sa manok,” he said.

In addition, Salceda noted that incubating the eggs in the game is based on distance, ranging from 2 kilometers to 10 kilometers.

Most importantly, the lawmaker said players understandably hunt for Pokemons everywhere, not just in Pokestops and Pokegyms.

“You can run the numbers just how many additional travel it would require and how much time it adds to people pausing and travelling on the street– all using up space. Same space, more movement = TRAFFIC,” Salceda said.