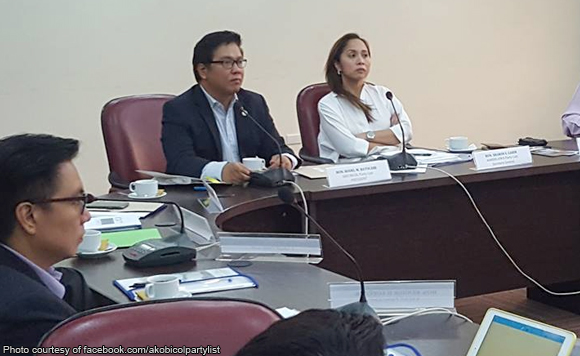 0 541
Share
Want more POLITIKO News? Get the latest newsfeed here. We publish dozens and dozens of politics-only news stories every hour. Click here to get to know more about your politiko - from trivial to crucial. it's our commitment to tell their stories. We follow your favorite POLITIKO like they are rockstars. If you are the politiko, always remember, your side is always our story. Read more. Find out more. Get the latest news here before it spreads on social media. Follow and bookmark this link. https://goo.gl/SvY8Kr

Members of the Party-List Coalition (PLC) earlier this week reiterated their position in support of President Rodrigo Duterte’s call for political reforms.

Instead of confronting the president’s expressed desire to abolish the party-list system head-on, PLC officers led by AKO Bicol Rep. Rodel Batocabe chose to compliment the chief executive’s goal of improving the political system by proving their worth as “vital cogs” in the government machinery.

“We fully recognize that party-lists face an uphill challenge to show the full extent of our capabilities as members of Congress, and we as a coalition gladly accept that challenge in the 17th Congress,” said Batocabe.

House Senior Deputy Majority Leader and Citizens Battle Against Corruption (CIBAC) Party-list Rep. Sherwin Tugna said they will do their utmost to convince Duterte and ensure that provisions on the party-list system are not taken out of the Constitution.

“Let us work together and present our accomplishments that we are responding and delivering to the needs of marginalized and unrepresented sectors of society. Our group will support all reforms that should be undertaken to make the party-list system a more effective tool to liberate the poor from poverty and carry them to progress,” he said.