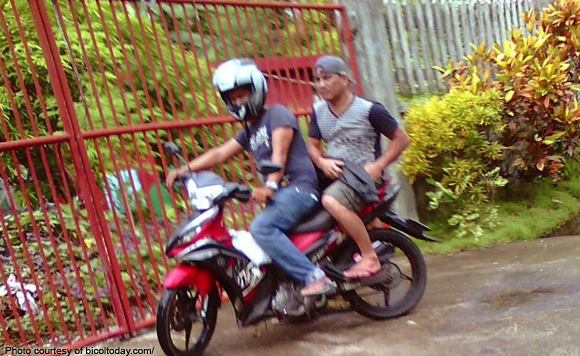 A staff member of a militant rights group claimed to be followed by motorcycle-riding men in Sorsogon, a Bicol news site reported over the weekend.

Karapatan Sorsogon said the alleged stalking of its member at 7:30 a.m. of Aug. 14 was the latest since July, Bicol Today reported.

The report identified the staff member only as Jovy, who said she was followed by men aboard a red Yamaha motorcycle.
It quoted her as saying she was riding a tricycle from her office going to the Bagong Alyansang Makabayan office at Barangay Bibincahan when she sensed she was followed.

She said she asked the tricycle driver to stop and go back to the office. She said the men were still following until she reached her office.

Karapatan urged the Dadministration to call off what it claimed was harassment by a military intelligence group.