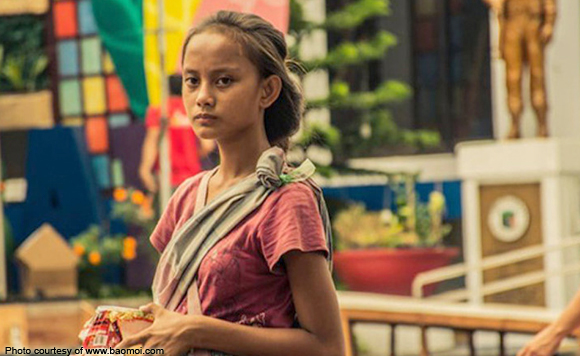 0 1,157
Share
Want more POLITIKO News? Get the latest newsfeed here. We publish dozens and dozens of politics-only news stories every hour. Click here to get to know more about your politiko - from trivial to crucial. it's our commitment to tell their stories. We follow your favorite POLITIKO like they are rockstars. If you are the politiko, always remember, your side is always our story. Read more. Find out more. Get the latest news here before it spreads on social media. Follow and bookmark this link. https://goo.gl/SvY8Kr

Albay 2nd District Representative Joey Salceda, via a Facebook post, called on DSWD, MTRCB and NCIP to move and reign in on unethical excesses on ABS-CBN’s Pinoy Big Brother after witnessing how Rita Gaviola came at the receiving end of her housemates’ teasing.

“DSWD, NCIP, and MTRCB should take immediate remedial action on PBB. I was preparing to support the Bicolana from Masbate – Kisses – but now my heart breaks for Rita. PBB must be unequivocal against incipient discrimination, subsconscious racism and the bullying it engenders in any contour and complexion, only made grievous by its grand display to a national audience [especially] to its target segment – the youth whose moral judgment is just forming,” said Salceda.

The episode in question showed Gaviola’s female housemates laughing at her after taking notice of her underlayer of garments. In tears, she confronted the girls and made them realize their rudeness.

“From the start, PBB should have been structured to prevent its occurrence. Treatment of indigenous peoples is too delicate for a ‘role playing-cum-confession room’ context. It may address the direct participants but what about millions who watch the violation but failed for some reason to watch the episode of correction,” the solon strongly opined.

MTRCB, thru Chairman Toto Villareal, after seeing the PBB episode’s web replay quickly reacted positively by referring the matter to the agency’s Legal Division. The said unit is expected to conduct a thorough inquiry on the matter today.

Rita, who comes from the indigenous Badjao, became a quick internet hit after a photo of her was posted online by photographer Topher Burgos. The shot was taken while she was going around in Lucena City in Quezon.