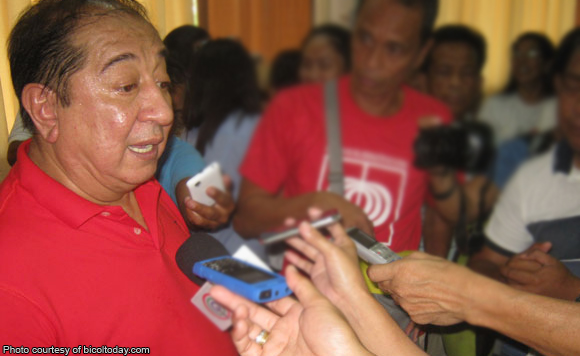 Found to be technically flawed, construction of the P4.8 Billion Bicol International Airport in Alobo, Daraga, Albay must be shelved temporarily pending revision of its project plan.

This was the call of Albay Governor Al Francis Bichara as he urged the Department of Transportation (DOTr) to review and revise its drawned-up plan that has been found to be technically flawed, based on a poor feasibility study and below international standards.

“We are calling on the DOTr to revise the plan for the Bicol International Airport because there is no provision for a taxiway and the runway is too short, thus there is no tube for passengers. The feasibility study was poorly done under the previous DOTC Secretary [Manuel Roxas 2nd]. We should look beyond 30 years,” according to Bichara.

The governor contends that the existing plan could not hold several flight arrivals and departures owing to a smaller ramp and lack of a taxiway. It is subpar to international standards which requires airports to accommodate from six to 12 flights a day.

The Bicol International Airport was first proposed to the Regional Development Council during Bichara’s term in the late 1990s to early 2000 and was pursued by former governor and now Rep. Joey Sarte (2nd District) of Albay. Its construction started under former president and now Pampanga Rep. Gloria Macapagal-Arroyo. The airport site occupies at least 148 hectares with a 2,100-meter runway, control tower, passenger and cargo terminals, car park, fire station and other modern facilities.