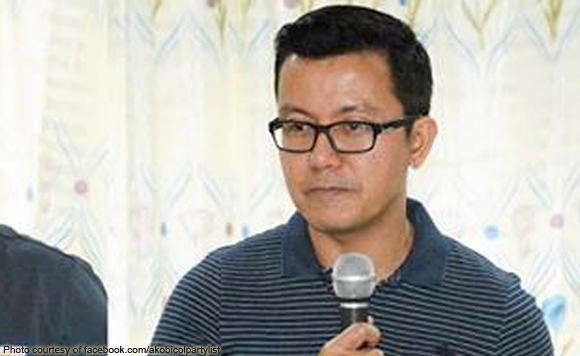 This is according to AKO Bicol Party-list Representative Alfredo A. Garbin, Jr. who, amid the noise surrounding the Duterte administrations anti-drug campaign, called for “more responsible journalism” following the allegations of involvement in the drug trade hurled at Legazpi City Mayor Noel Rosal recently.

“Journalists play an integral role, being our watchmen, the fourth estate, and the envoys of truth,” said Garbin, in recognition of the profession’s relevance to society.

“However, while reporting accuracy, truth and fairness matters in the practice of their profession matters, the lives of the people being reported also matter. People’s lives should matter most.”

Garbin issued the statement in defense of Mayor Rosal who, the solon said, was “unfairly associated with complicity” as an off-shoot of President Duterte’s war on drugs.

Local Bicol media practitioners earlier this week reported the accusations made by 2 Facebook users accusing the Legazpi City mayor of coddling drug suspects which prompted Mayor Rosal to quickly call for a press conference where he urged local police officials to clear his name against the “black propaganda circulating in social media.”

“Mayor Rosal handled the situation professionally – calm, collected, and with proof to show the allegations were baseless – but the fact that he had to go through the trouble of organizing a press conference to clear his name when none was needed in the first place is alarming,” explained Garbin.

Mature and professional journalists, according to the AKO Bicol representative, “must verify facts through research, and ethical practice of journalism demands that all sides of the story are fairly presented.”

“The pen is mightier than the sword and our journalists have the responsibility of using their skills to good use given the amount of power they have in their hands,” the party-list solon said.