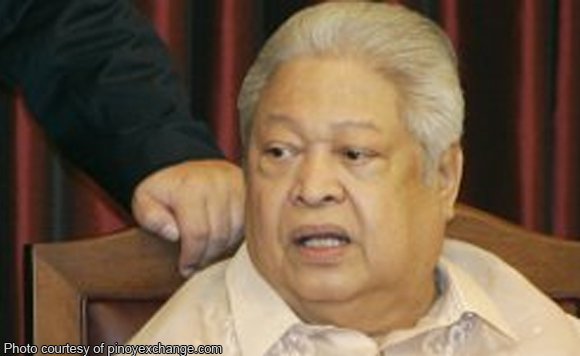 Barely hours after delivering a scathing rebuke of the Duterte administration’s plan to accord the late President Ferdinand Marcos’ burial at the Libingan ng mga Bayani, the “contra-Libingan” call of Rep. Edcel Lagman II of Albay in the lower house gains traction with the support of his colleagues.

Rep. Lagman said he would lead a “now-snowballing network” from across a wide-spectrum of sectors which would seek the help of “kindred lawyers” to represent martial law victims and their families in filing a petition at the Supreme Court against the planned transfer and burial of the late strongman from the family mausoleum in Batac, Ilocos Norte, to the Libingan ng mga Bayani in Taguig.

In a news forum earlier, Lagman said that the SC “should intervene to stop the projected desecration of Libingan ng mga Bayani” citing, among others, the position of the National Historical Commission of the Philippines which raised questions on the veracity of Marcos’ claims regarding his stint in the military.

“The 12 Cardinal Sins he had committed against the Filipino people were more than enough grounds for the high court to go against Mr. Duterte’s decision,” according to the Bicolano solon.

Lagman’s position is being seconded by the Makabayan bloc, composed of representatives from party-list groups Bayan Muna, ACT, Gabriela and Anakpawis, who jointly filed House Resolution No. 197 to oppose the burial of the late strongman despite being part of the majority coalition in the lower house.

Even close allies of the President in the upper chamber like Senate President Aquilino “Koko” Pimentel and Duterte’s erstwhile vice presidential runningmate, Senator Alan Peter Cayetano called for a “rethink” of the president’s decision.