Albay model praised by US Navymen 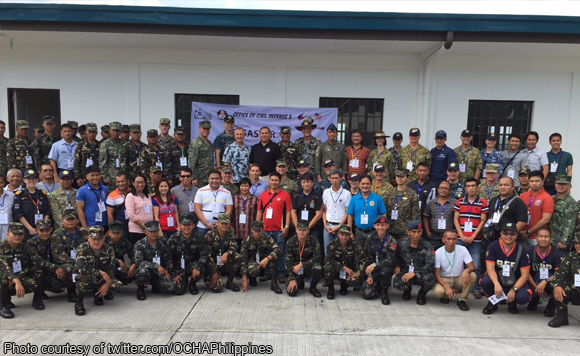 On Tuesday, top officials of the US Navy, specifically the officers of USNS Mercy, expressed their admiration of the disaster preparedness system of Albay, where they docked in June for the 2016 Pacific Partnership exercise.

In a teleconference interview, Mission Commander Commodore Tom Williams said that during their stay in Albay, “known all-over for zero-casualty goals” in natural calamity occurences was highlighted by “knowledge transfer” in the field of disaster preparedness.

“I learned how robust and how capable the disaster response system that Team Albay has. It is a model for the way that I think that many countries in the Pacific should operate,” explained Williams.

Captain Peter Roberts, commanding officer of the medical treatment facility onboard USNS Mercy, also remarked how impressed he was by Albay’s “posture relative to disaster response where everybody seems to know what their role should be in the event of a disaster.”

The USNS Mercy, a hospital ship of the US Navy, left San Diego in May and sailed to Timor Leste before docking in the Philippines in June for a two-week humanitarian and disaster relief preparedness mission.