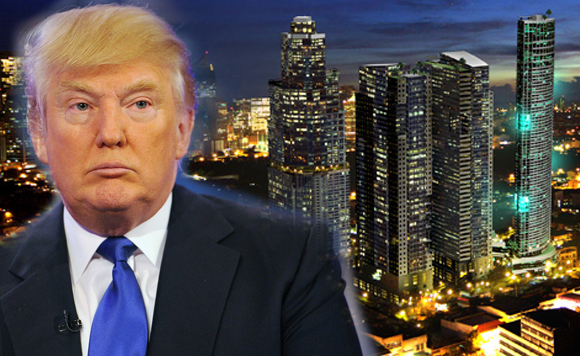 Painting Donald Trump as an ingrate, Albay Rep. Joey Salceda has moved to permanently ban the American billionaire and reality TV star from setting foot on the Philippines again.

This, after Trump–the Republican candidate for the White House race this November–labeled the Philippines as a terrorist state.

Salceda filed House Resolution (HR) No. 143, titled “Resolution banning Donald J. Trump from entering the Philippines for being inimical to the national interest”.

“Such ugliness of utterances, largely unprompted and undeserved, are in stark contrast to the fact that said Donald J. Trump has been a beneficiary of Filipino hospitality including patronage of his joint property project called Trump Tower at Century City with 56 stories worth P6 billion now fully sold from which he has earned handsomely,” the politiko said in his measure.

Salceda noted that Trump’s current stature as a presidential candidate in the almighty United States has only “aggravated the shame” that the latter has caused to Filipinos.

The Bicolano politiko said that Bureau of Immigration and Deportation rules clearly provide the grounds for denying foreign nationals entry into the country.

“Trump has clearly generated impressions not conducive to public good and has shown disrespect or makes offensive utterances to the Filipino people,” he said.