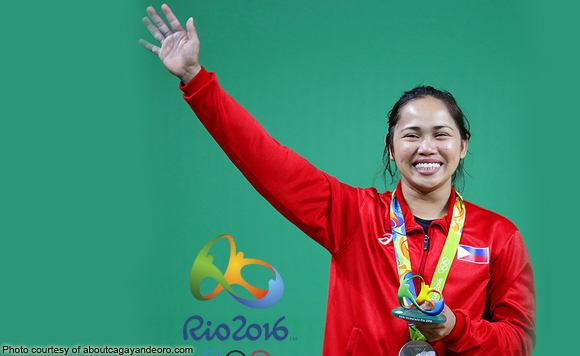 In recognition of the singular feat achieved by Hidilyn Diaz for the country, AKO Bicol solon Alfredo A. Garbin beat his colleagues to the draw by filing House Resolution No. 142 earlier today after the Filipino olympian placed second in the women’s 53-kg weightlifting division of the 2016 Summer Games in Rio, Brazil on Sunday and snatched the Philippines’ first Olympic medal in 20 years.

“Her willingness to rise again and succeed after failing twice is a symbol of the indomitable Filipino will and spirit,” said Garbin.

Rep. Garbin also pointed out that “in this day and age we need role models like her: a living caricature of success and resilience from humble beginnings.”

Diaz’ medal finish ended a 2-decade drought for the Philippines which feat was last cornered by Onyok Velasco’s silver in men’s boxing in the 1996 olympiad.

“In a society which has constantly oppressed women, Hidilyn’s victory is an act of rebellion, a protest against the odds,” said Garbin, who hopes that this milestone in the country’s sports history “encourages a new wave of Filipino Olympians.”