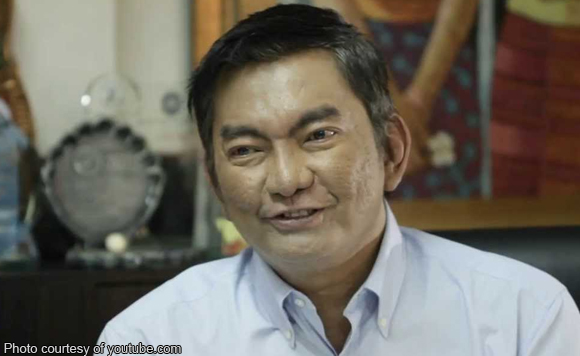 “Gago talaga ‘to. I ask Century Properties to take down his (Trump’s) name from their developments and demand compensation for brand degradation! You can’t be Filipino and support him,” Salceda wrote on his Facebook wall, Saturday (August 6).

The 70-year old American real estate mogul-turned-politician has existing business deals with the CPI. The company is currently in the middle of constructing Trump Tower Manila, a high-rise luxury condominium in Makati City, which reportedly costs around P6-billion ($150-million).

“I’ve always loved the Philippines. I think it’s just a special place and Manila is one of Asia’s most spectacular cities. I know that this project will be second to none,” Trump was quoted saying about the country on the official website of Trump Tower Philippines.

Trump, however, sang a different tune during a recent rally in Portland, Maine, where he reportedly claimed that the Philippines was among those nations that serve as breeding ground for potential terrorists much to the chagrin of Filipino-Americans and the Filipinos in general.