Drug surrenderees in Sorsogon near 1,800 mark, but… 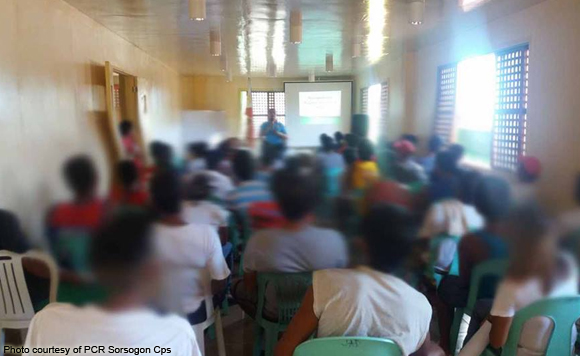 The number of self-admitted drug users and pushers who surrendered to authorities in Sorsogon moved closer to the 2,000 mark over the weekend, a Bicol news site reported.

Bicol Today said that as of July 23, 1,779 drug personalities had turned themselves in to police since the start of the Project Double Barrel anti-drug campaign.

Acting Sorsogon provincial police chief Senior Superintendent Ronaldo Cabral said the 1,779 will be given “intervention” by the local government units.

Yet, the report said those who surrendered are only the small-time ones, with police yet to catch the so-called big fish

The Bicol Today report said Sorsogon may be considered a strategic area for the drug trade, as it is at the southern tip of Luzon and at a crossroad in the illegal drug trade bound for Samar-Visayas and Masbate areas.

Citing its sources, it said most methamphetamine hydrochloride (shabu) comes from Metro Manila, and can be delivered to the Visayas, and vice-versa via Sorsogon’s road link.