Bicol caravan for peace heads for Manila for Duterte SONA 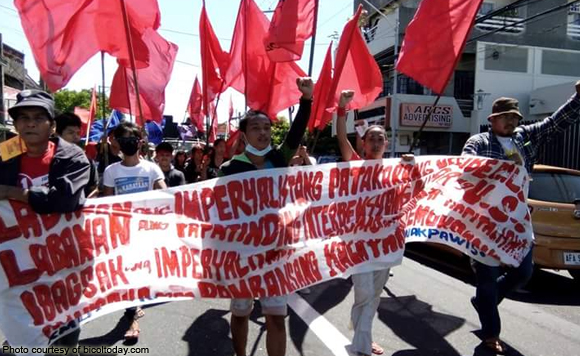 Bicol-based militants started Thursday their caravan for “just and lasting peace,” expecting to arrive in Manila in time for President Rodrigo Duterte’s first State of the Nation Address (SONA).

Some 5,000 Bicol delegates welcomed 3,000 fellow participants from Mindanao for the caravan, which will take part in activities related to the SONA on July 25, Bicol Today reported.

Delegates from Mindanao and Southern Luzon are to arrive in Metro Manila July 23 and 24 for the pre-SONA vigil, the report added.

“We are pushing for the People’s Agenda for Change and support the upcoming peace talks between the (government) and the (National Democratic Front of the Philippines),” Dan Balucio of Bayan-Bicol said.

Also, Balucio said they hope the government will hear and address the people’s grievances including those of indigenous peoples, farmers, workers, fisherfolk, youth and women.

“We appeal to President Duterte to allow us near the Batasang Pambansa to express our common hope for justice and peace for Mindanao and for the whole Philippines,” Bai Ali Indayla, Manilakbayan spokesperson added.