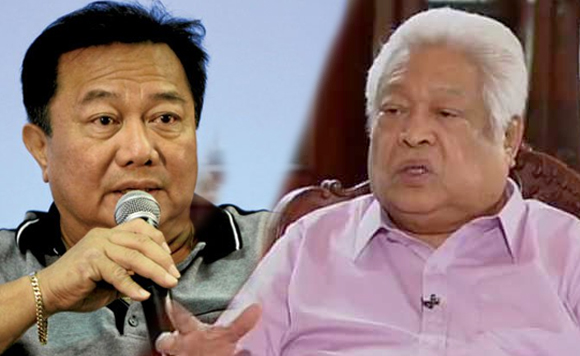 A Bicol congressman accused the allies of incoming House Speaker Pantaleon Alvarez Thursday of setting up a “majority minority” to silence the political opposition in the House of Representatives.

But Albay Rep. Edcel Lagman, who made the claim in a lengthy press release, merely cited “undenied reports” that members of the majority coalition will be lent to a favored “minority” faction to install it as the “cooperative” minority.

“We call on media to expose this travesty and the personalities involved in the conspiracy… I hope no Representative worth his salt would agree to be a parliamentary mercenary in establishing a company union in the House,” Lagman said.

He described the supposed “scheme of the ‘supermajority’ leaders to establish a servile minority in the House of Representatives as a “patent betrayal of President Duterte’s call in his inaugural address for genuine change.”

Lagman said the leadership of the “supermajority” must not meddle with the formation of the House minority and the election of the minority leader “because this interference is a malevolent stratagem which both negates democratic processes and is counterproductive to genuine change.

He said the identities of the “loaned” conspirators will surface during the roll call vote for Speaker in the morning of July 25, wherein the second placer will become the Minority Leader.

“After joining the majority coalition, there is neither rhyme nor reason for one not to vote for the ‘supermajority’s’ candidate for Speaker, unless ordered to help orchestrate the election of a majority ‘minority leader,'” he said.

“The majority coalition’s creation of a subservient minority is anathema to democratic processes in a deliberative assembly like the Congress and would further erode the people’s trust in congressional leaders,” he added.