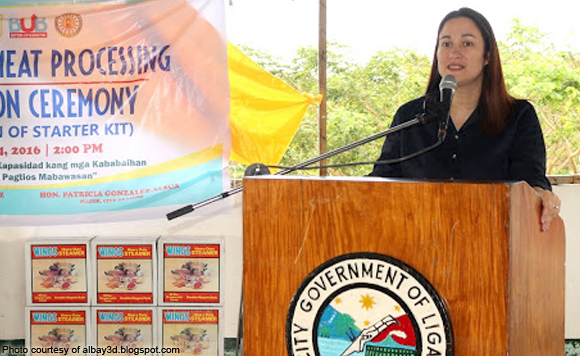 The city of Ligao in Albay led by its mayor Patricia Gonzalez-Alsua hoarded at least P2.17 million in funds to barangays that represent their share in the municipality’s real property taxes, state auditors said.

In a 2014 report, the Commission on Audit (COA) said the city government failed to release to the barangay recipients at least P2.17 million which represents its 30 percent share in the collection of real property taxes.

The auditors said the share in property taxes was not released “due to the failure of the city accountant to prepare a subsidiary ledger for each barangay.”

This thus “(deprived) the barangay governments on the timely utilization of its cash resources.”

The auditors also noted a discrepancy in the records of the city treasurer’s office and the accounting department.

“The delay in the release of shares of the barangays in the real property tax and other local taxes is in violation of the (Local Government Code), thus precluding the timely utilization of the said income to finance its operations,” the auditors said in their report.

The COA recommended that the city accountant and city treasurer reconcile their subsidiary ledgers, and for the municipal government to release the shares of the barangays from the real property and other local taxes as required under the law.