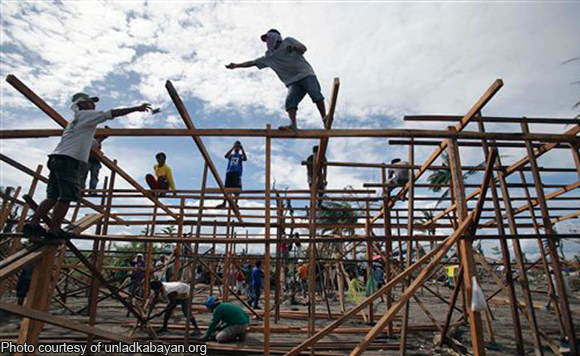 The provincial government of Sorsogon wasted some P1.3 million in aid to Yolanda-hit local government units in Visayas after the 242 checks became stale, state auditors said.

In a 2014 report, the Commission on Audit (COA) said the calamity aid for LGUs affected by super typhoon Yolanda came from share of their share in gravel and sand tax remitted to the barangays according to the law.

The provincial government had also earmarked the calamity assistance in their annual general fund budget as aid to barangays and calamity fund.

State auditors said the province had prepared 242 checks worth P1.3 million for LGUs from Aug. 2012 to Dec. 2013 as calamity fund and their share in gravel and sand tax to four LGUs in Visayas affected by Yolanda.

But these funds went to waste after the checks became stale due to the failure of the provincial treasurer to notify the LGUs of the availability of the checks and to deliver these to the beneficiaries.

There were also no official receipts issued for acknowledgement. Thus, the checks became stale and were eventually cancelled in 2014.

“The non-delivery of the checks deprived the intended beneficiaries of timely financial and social benefits that could have been derived from the subsidy, particularly those people in the Visayas who were badly affected by Typhoon Yolanda,” the report read.

The COA recommended to governor Raul Lee that to require the provincial treasurer to notify in writing the existence of these checks at least a month before these become stale.

The auditing agency also recommended that the provincial government be “steadfast… in extending aids to its needy constituents.”