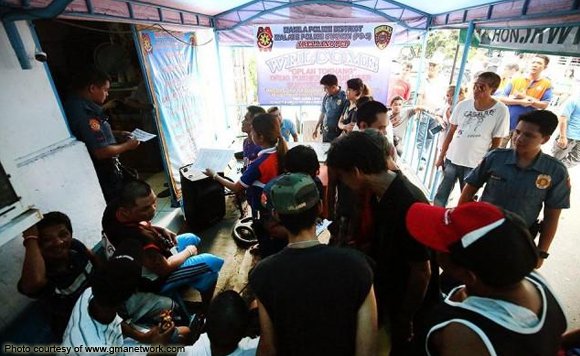 A total of 207 drug addicts and pushers have surrendered from four towns in Camarines Norte, the Philippine Information Agency reported.

In Jose Panganiban town, 15 people including tricycle drivers, and a village chief admitted they were drug addicts and pushers to muncipality police chief PCI Juancho Ibis.

In San Lorenzo Ruiz town, 80 gave up to Mayor Nelson Delos Santos apparently in fear of the wave of killings of drug lords, pushers and addicts under the Duterte administration.

This shows the success of Oplan Tokhang pf the Philippine National Police (PNP).