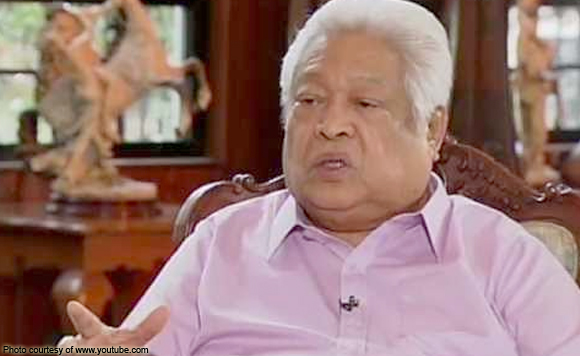 0 693
Share
Want more POLITIKO News? Get the latest newsfeed here. We publish dozens and dozens of politics-only news stories every hour. Click here to get to know more about your politiko - from trivial to crucial. it's our commitment to tell their stories. We follow your favorite POLITIKO like they are rockstars. If you are the politiko, always remember, your side is always our story. Read more. Find out more. Get the latest news here before it spreads on social media. Follow and bookmark this link. https://goo.gl/SvY8Kr

The claim was made by a local bishop who lodged a plunder complaint against the solon, and sought a lifestyle check on him.

Bishop Hernando Burce, a member of the Alliance of Chaplains of the Philippines, elevated to plunder a graft complaint he lodged last April 22 against Lagman before the Ombudsman, Bicol Today reported.

He said Lagman gained P240 million from 2007 to 2010 as representative of Albay’s first district.

The Bicol Today report also said Lagman allegedly owned a $30-million mansion in the United States, a P50-million house in Tagaytay City, a mansion in Legazpi City, a printing press in Quezon City, a first class hotel in Albay worth P500 million, construction companies, and commercial lands in Albay.

With these claims, Burce lodged a supplemental affidavit asking the Ombudsman to conduct an extensive lifestyle check on Lagman.