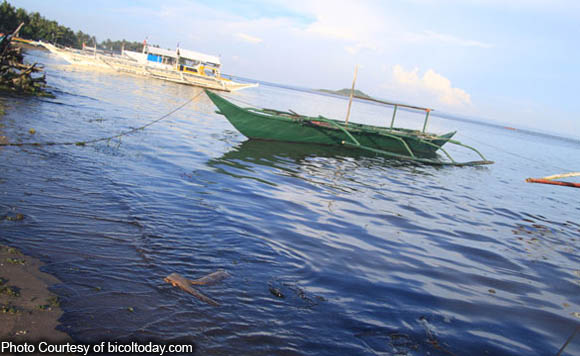 An oil spill since last weekend has puzzled and threatened residents of two coastal villages in Matnog, Sorsogon.

Since Sunday, dirty black oil had contaminated the beaches of Barangays Tablac and Camatcili, with authorities yet to establish the extent of the spill, Bicol Today reported.

Residents complained of a petrochemical smell from the spill, with some suffering from pulmonary and breathing problems, especially children.

Matnog is an area used by cargo trucks and land vehicles to take a roll-on roll-off (RORO) ferry ride to Samar(http://bicoltoday.com/2016/07/11/oil-spill-in-matnog-sorsogon-2-coastal-villages-residents-affected/).

The Coast Guard is investigating the possibility a ship plying the Matnog-Samar ferry route may have disposed of its used oil into the sea.