Huli pa rin: ‘Negligence’ as mayor catches up with Sorsogon board member 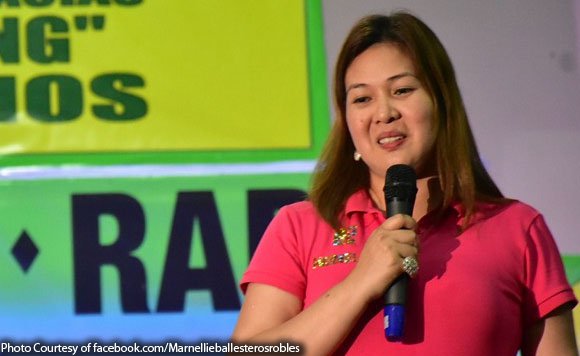 An alleged act of negligence has caught up with a former mayor of Bulan town in Sorsogon province, as she was slapped a six-month suspension without pay this month.

Robles’ suspension also stemmed from neglect of duty and violation of the code of conduct for public officials and employees (http://bicoltoday.com/2016/07/07/ombudsman-suspends-sorsogon-2nd-district-board-member-robles-6-months-without-pay/).

The Office of the Ombudsman ordered Robles suspended six months without pay. The suspension order was served July 4, the first regular session day of the Provincial Board.

Last August, the Deputy Ombudsman for Luzon issued a decision against Robles, based on the complaint of Guillermo de Castro Jr.

De Castro claimed Robles, then mayor of Bulan, sat on his application for terminal leave payments and other retirement benefits for nearly two years.

Yet, de Castro said Robles’ allies got their retirement benefits. He said the delay in his case may have been deliberate as he was a political opponent of Robles.

But Robles said de Castro failed to comply with Civil Service Commission requirements, adding the complaint acted on ill will.