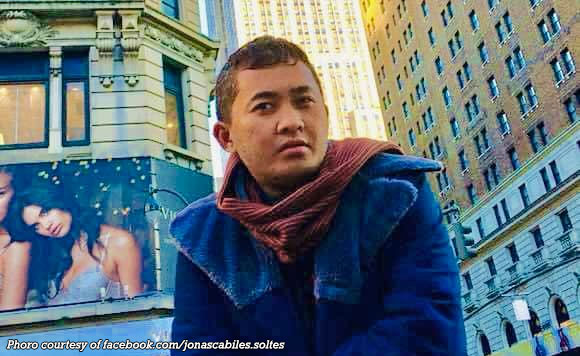 0 285
Share
Want more POLITIKO News? Get the latest newsfeed here. We publish dozens and dozens of politics-only news stories every hour. Click here to get to know more about your politiko - from trivial to crucial. it's our commitment to tell their stories. We follow your favorite POLITIKO like they are rockstars. If you are the politiko, always remember, your side is always our story. Read more. Find out more. Get the latest news here before it spreads on social media. Follow and bookmark this link. https://goo.gl/SvY8Kr

But if he were to choose, his vote would go to the incumbent Naga Mayor Nelson Legacion, who is seeking reelection.

Legacion is up against former Mayor John Bongat and businessman Tato Mendoza.

In a Facebook post, Soltes praised the three candidates, saying they are all highly-qualified and represent three directions that Naga could go toward with minimum risk of failure.

He said Bongat is a “brilliant politician who has cosmopolitan ideas,” and can lead the city out of the pandemic.

Mendoza is a “maverick who has spent his life dealing with calculated risks,” which could be good for the city, he said.

Legacion is “positively ambitious and hardworking,” and has the stamina to pursue his big dreams.

Soltes said his choice is Legacion because the mayor stands out among the rest, and Naga would benefit from his drive.

Too bad for Legacion that Soltes isn’t a Naga voter!

“If I were a voter of Naga City I would find it hard, really, to choose whom I would elect Mayor.

The three candidates vying for the top City Hall post, all of whom are standing on Jesse Robredo’s shoulders, are highly-qualified and they represent three directions that Naga can go to without minimum risk of failing.

Former Mayor John Bongat is the brilliant politician who has cosmopolitan ideas, whose vision for the Heart of Bikol has never been shortsighted. An out-of-the-box thinker, Bongat without a doubt can lead effeciently a city reeling from a pandemic.

Incumbent Mayor Nelson Legacion, on the other hand, is positively ambitious and hardworking. He dreams big and has the stamina to achieve it.

Businessman Tato Mendoza, meanwhile, is a maverick who has spent his life dealing with calculated risks, a badly-needed skill in a city that is precariously content with predictability, or so it seems.

Election is always about choosing and taking sides, however. So, for me, Legacion stands out among the rest.

Sans equity of the incumbent, I believe that the premier city of Bikol will benefit—at least for now—from the drive of a former outsider whose administration will always be about proving that someone from outside the walls can love Naga just the same and even better,” Soltes posted.