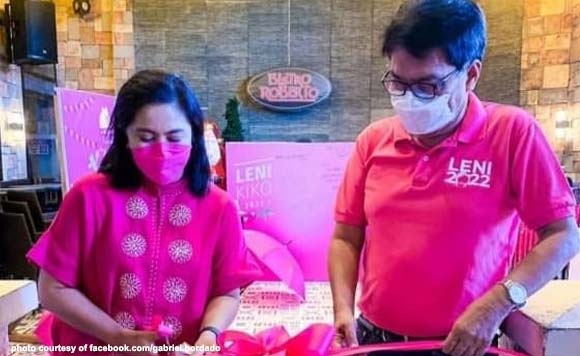 0 733
Share
Want more POLITIKO News? Get the latest newsfeed here. We publish dozens and dozens of politics-only news stories every hour. Click here to get to know more about your politiko - from trivial to crucial. it's our commitment to tell their stories. We follow your favorite POLITIKO like they are rockstars. If you are the politiko, always remember, your side is always our story. Read more. Find out more. Get the latest news here before it spreads on social media. Follow and bookmark this link. https://goo.gl/SvY8Kr

Camarines Sur Rep. Gabriel Bordado Jr. came across Vice President Leni Robredo’s work in 1986 even before he got to know and meet her.

And even then, she left him impressed.

In a Facebook post, Bordado recalled that Jesse Robredo, who was then the Bicol River Basin Development Program director, had asked him to evaluate Robredo’s essay that a colleague had given a grade of C+.

The essay was on President Cory Aquino and the People Power revolt.

Bordado said he liked the essay when he read it. Now only did it not have any grammatical or syntactic errors, but it was able to succinctly address the issues of the time.

He gave the essay an A+.

For him, this was a well deserved grade!

“TIDBITS ON LENI: I first came across the name of Maria Leonor Gerona in 1986 (at that stage, I had never actually met her) when then Bicol River Basin Development Program (BRBDP) director Jesse M. Robredo asked me to evaluate her essay which was given a C+ rating by a colleague. It was a well-written piece about President Cory Aquino and the People Power revolt. Devoid of any grammatical or syntactic aberration, the essay succintly addressed the issues of the time. So I gave it an A+ grade. The rest is history.