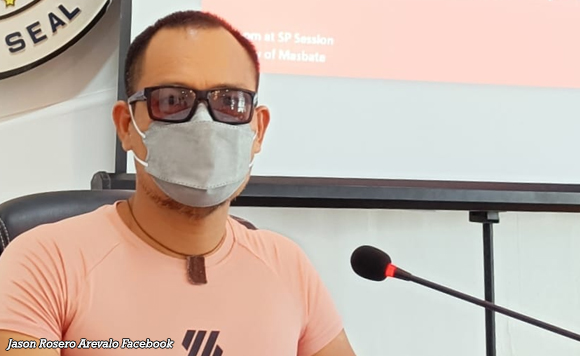 0 554
Share
Want more POLITIKO News? Get the latest newsfeed here. We publish dozens and dozens of politics-only news stories every hour. Click here to get to know more about your politiko - from trivial to crucial. it's our commitment to tell their stories. We follow your favorite POLITIKO like they are rockstars. If you are the politiko, always remember, your side is always our story. Read more. Find out more. Get the latest news here before it spreads on social media. Follow and bookmark this link. https://goo.gl/SvY8Kr

Masbate Senior Provincial Board Member Jason Arevalo told his fellow Kakampinks to not be disheartened but to be more motivated.

“No reason to be disheartened. Be more focused and motivated even,” said Arevalo.

His statement came after some of the biggest political families joined forces to support the bids of former Senator Ferdinand Marcos, Jr. and Davao City Mayor Sara Duterte.

“This unholy fusion of four dynastic families with so much historical baggages against a poor and humble yet well-accomplished widow from Bicol speaks volume,” said Arevalo.

“They are in awe in as much as they are threatened by this rare phenomenon political analysts call as ‘People’s Campaign,”’ he added.

Arevalo is one of the local leaders openly supporting the presidential bid of Vice President Leni Robredo.

“Be blessed you are a part. Keep marchin’. Keep movin’. Together we can defeat this evil axis. For this nation. For our children…,” he continued.