Arevalo: It has been a pleasure working with BM Espares 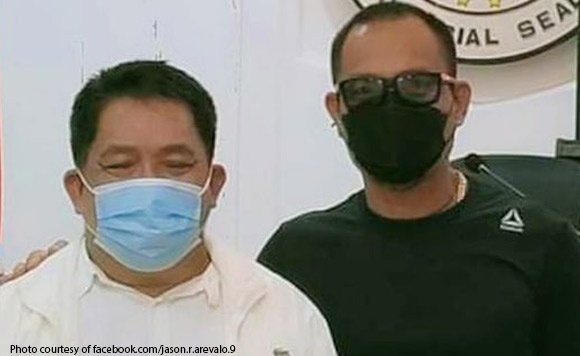 0 763
Share
Want more POLITIKO News? Get the latest newsfeed here. We publish dozens and dozens of politics-only news stories every hour. Click here to get to know more about your politiko - from trivial to crucial. it's our commitment to tell their stories. We follow your favorite POLITIKO like they are rockstars. If you are the politiko, always remember, your side is always our story. Read more. Find out more. Get the latest news here before it spreads on social media. Follow and bookmark this link. https://goo.gl/SvY8Kr

Masbate Senior Provincial Board Member Jason Arevalo said it has been a pleasure working with another local legislator Jamon Espares.

Arevalo said they have been at “loggerheads” on most issues in the Sanggunian Panlalawigan.

“I have always been a stickler for rules while you were the consensus builder. I often took the lonely contrarian’s cause while you represented the mainstream. I have been the picture of dissent, you were the rallying point for consensus,” he said.

“The halls of the Sanggunian are a mute witness to the noises and debates we made. Rightly or wrongly, it serves the cause of legislation for all sides to be heard, including the minority view that I usually take,” he added.

Arevalo said they differ in perspective and argue on procedures.

“I may not agree with most of your legislative agenda which sometimes contravene my christian liberal democrat leaning but I commend you for being the most prolific, most hardworking local legislator I had the pleasure of working with and arguing against,” he said.

“Your passion for legislation is a tough act to follow having crafted the most number of legislation in this term,” Arevalo added.

Arevalo is serving his last term in office and decided to go back into a private life in 2022.

“The Sanggunian may never be the same again what with our leaving its hallowed halls soon. I’ll be uprooted to take on a new journey as a private citizen while you are running for a slot in the City Council,” he said.

“The noise, the tension, the verbal tussles we both had stirred in the Sanggunian will be etched in the annals of its short history. But for whatever it’s worth, the differing views, at times rabid and fired up, describe democracy in a nutshell,” he added.

“Again, it has been a pleasure working with you, BM Jamon Espares. The City Council will prove infinitely richer with your coming in. The best of luck in your new endeavor.”