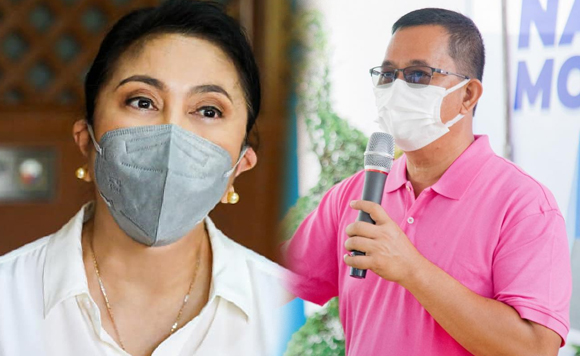 0 306
Share
Want more POLITIKO News? Get the latest newsfeed here. We publish dozens and dozens of politics-only news stories every hour. Click here to get to know more about your politiko - from trivial to crucial. it's our commitment to tell their stories. We follow your favorite POLITIKO like they are rockstars. If you are the politiko, always remember, your side is always our story. Read more. Find out more. Get the latest news here before it spreads on social media. Follow and bookmark this link. https://goo.gl/SvY8Kr

Naga City Mayor Nelson Legacion on Wednesday said that the city’s support for the presidential bid of Vice President Leni Robredo is “unequivocal and clear”.

“From the very beginning until now, Team Naga has always carried the flag of Leni Robredo wherever we go and whatever we do. We are with her since the onset of her political career as congresswoman of the third district of Camarines Sur, then to her election as the incumbent Vice President of the Republic and, now, to her race towards the presidency,” said Legacion in a statement, posted on his Facebook page.

Legacion also said that Naga continues to be “grounded on the foundations, principles, and legacies” of the late Interior Secretary and former Naga Mayor Jesse Robredo, the Vice President’s husband, who was known for his people-centered leadership, honesty, and integrity that made Naga a thriving city.

Legacion said he believed that Vice President Robredo will carry on the legacy of her husband, who was recognized by the Ramon Magsaysay Awards in 2000 as a “Filipino icon for good governance”.

Vice President Robredo and her running mate, Senator Francis “Kiko” Pangilinan”, are seeking the presidency and vice presidency, respectively, in the 2022 national elections to bring back good governance that prioritizes the people’s welfare, especially during the pandemic, providing employment, food, education, and healthcare for all.

Legacion, a volunteer lawyer for the Sentro ng Alternatibong Lingap Panlegal (SALIGAN) like the Vice President, said that he has seen for himself “her readiness to sacrifice personal comfort for the sake of reaching those in the margins of our society and of advocating their cause.”

“With complete certainty, when she becomes President, we can expect from her the same heart and noble intentions for the underprivileged,” Legacion said.