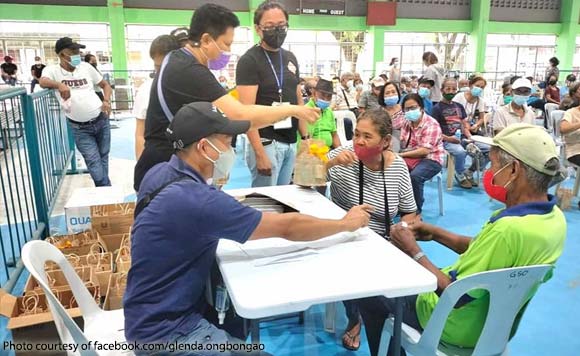 0 486
Share
Want more POLITIKO News? Get the latest newsfeed here. We publish dozens and dozens of politics-only news stories every hour. Click here to get to know more about your politiko - from trivial to crucial. it's our commitment to tell their stories. We follow your favorite POLITIKO like they are rockstars. If you are the politiko, always remember, your side is always our story. Read more. Find out more. Get the latest news here before it spreads on social media. Follow and bookmark this link. https://goo.gl/SvY8Kr

Being married for 50 years is no easy feat, and the couples who remained together for that long deserve all the accolades.

Albay Board Member Glenda Ong Bongao was thrilled for 40 couples from Daraga who celebrated their 50th wedding anniversary.

She thanked the local government of Daraga for supporting the program as well.

There is forever in Daraga, she said.

And the 40 couples prove it!

you LGU Daraga under the administration of Mayor Victor Perete for the continuous support to our programs and activities!” Bongao posted.