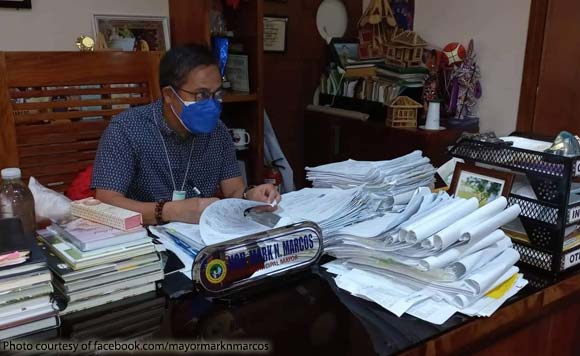 0 405
Share
Want more POLITIKO News? Get the latest newsfeed here. We publish dozens and dozens of politics-only news stories every hour. Click here to get to know more about your politiko - from trivial to crucial. it's our commitment to tell their stories. We follow your favorite POLITIKO like they are rockstars. If you are the politiko, always remember, your side is always our story. Read more. Find out more. Get the latest news here before it spreads on social media. Follow and bookmark this link. https://goo.gl/SvY8Kr

A post on Marcos’ Facebook page showed the mayor’s desk covered in numerous documents, with not an inch to spare.

Seeing the task that awaited him, he could not help but remark that he only went away for a short time, but the paperwork already multiplied exponentially.

The fact that he has a lot of documents to attend to is one reason that he reports early to the office.

He knows the paperwork pertain to services that people need, so he makes sure to tackle them at once.

They keep on coming, so he keeps on working!