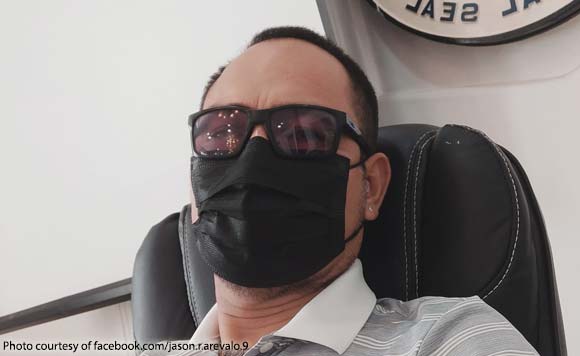 0 165
Share
Want more POLITIKO News? Get the latest newsfeed here. We publish dozens and dozens of politics-only news stories every hour. Click here to get to know more about your politiko - from trivial to crucial. it's our commitment to tell their stories. We follow your favorite POLITIKO like they are rockstars. If you are the politiko, always remember, your side is always our story. Read more. Find out more. Get the latest news here before it spreads on social media. Follow and bookmark this link. https://goo.gl/SvY8Kr

Masbate Senior Provincial Board Member is prodding Vice President Leni Robredo to make a firm decision regarding her plans for the 2022 polls, stressing that she needs to run first if she wants to lead the country.

“I read this once: It’s the duty of little Davids to fling pebbles of truth to blustering Goliaths,” said the Board Member.

But this time, Arevalo said, the moral imperative is not to just to face the giants but to run against them.

“Less than two weeks to the filing of COCs, Leni should now be firm in her intent. There is only one real opposition and that is she. All the others are middle roaders, predators, opportunists, disgruntled enablers. Beyond her and what she represents, the fight is for God and country, for Life, the Rule of Law, for sanity in governance,” said Arevalo.

Arevalo said that VP Leni has proven enough and has done more than enough with the little that is given her.

“The most active Vice President this nation ever had, never oblivious to the plight of a suffering people, ever present where tragedies are, ever consistent in her stance against Chinese intrusion and aggression in the West Philippine Sea, ever helpful in this pandemic, untainted by even a ‘whiff of corruption’ while in office as her merciless adversary coins it, she has reinvented the vice presidency. The spare tire is a functioning tire,” said Arevalo.

“Let Leni lead. But first, she must run.”