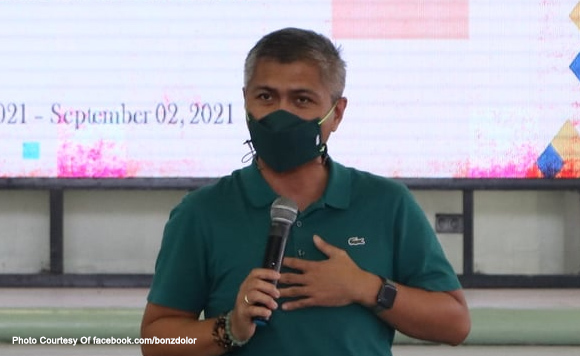 0 296
Share
Want more POLITIKO News? Get the latest newsfeed here. We publish dozens and dozens of politics-only news stories every hour. Click here to get to know more about your politiko - from trivial to crucial. it's our commitment to tell their stories. We follow your favorite POLITIKO like they are rockstars. If you are the politiko, always remember, your side is always our story. Read more. Find out more. Get the latest news here before it spreads on social media. Follow and bookmark this link. https://goo.gl/SvY8Kr

Oriental Mindoro Gov. Bonz Dolor said he has been wanting to know who his real friends and supporters are, and it looks like his prayers have been answered.

In a Facebook post, Dolor said he has been keeping quiet over the last five months despite being badmouthed by various parties.

Some people also deserted him despite all the good he has done for the province.

But now, he has seen that there are people who were given by the Lord to be his allies in public service.

He now knows who are loyal and true!