CamSur Rep. LRay thanks those who honored his late father Luis Villafuerte 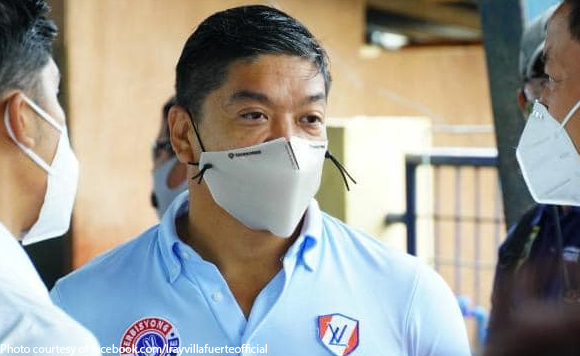 0 446
Share
Want more POLITIKO News? Get the latest newsfeed here. We publish dozens and dozens of politics-only news stories every hour. Click here to get to know more about your politiko - from trivial to crucial. it's our commitment to tell their stories. We follow your favorite POLITIKO like they are rockstars. If you are the politiko, always remember, your side is always our story. Read more. Find out more. Get the latest news here before it spreads on social media. Follow and bookmark this link. https://goo.gl/SvY8Kr

Camarines Sur Rep. Luis Raymund “LRay” Villafuerte has thanked all those who expressed sympathies to their family amid the passing of their patriarch Luis R. Villafuerte, Sr.

The younger Villafuerte said that his father has been called a genius, innovator, highly talented, intellectual, their mentor, partner and most of all their good friend they can depend on at all times.

“From simple , ordinary people whom my father helped to be able to go to school , to go to college and finish , to have been given a job , a home , medical and livelihood assistance and more . We get calls from abroad who wanted to thank my father because they are now living comfortably abroad and they have a stable job and family because my father helped them,” he said.

“From politicians , mayors , congressmen and governors all over the country whom my father helped and gave advice . Many calls thanking him because my father issued them their certificate of nominations as candidates and were given a break in public service and Government,” he added.

“If I’m able to reach even one fourth of what my father achieved , I would be very very happy . We are inspired more than ever to continue my fathers legacy of genuine public service and to continue making a difference in people’s lives the way my father has shown throughout his life,” he said.

“Again , our family would like to express our deepest gratitude for continuing to Honor my father with your kind words and posts in social media and posters you hang in your homes and offices,” the solon said.