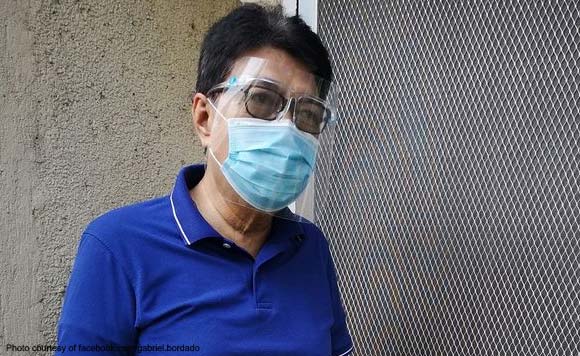 0 406
Share
Want more POLITIKO News? Get the latest newsfeed here. We publish dozens and dozens of politics-only news stories every hour. Click here to get to know more about your politiko - from trivial to crucial. it's our commitment to tell their stories. We follow your favorite POLITIKO like they are rockstars. If you are the politiko, always remember, your side is always our story. Read more. Find out more. Get the latest news here before it spreads on social media. Follow and bookmark this link. https://goo.gl/SvY8Kr

Camarines Sur Rep. Garbriel Bordado has proposed to increase the budget of Vice President Leni Robredo in 2022 to at least P1 billion, citing the initiatives of the OVP during the pandemic.

Bordado, in his manifestation during the budget deliberation, lauded the OVP for its flagship programs, especially during the pandemic.

“On top of its multiple programs and projects aimed at improving the lives of our marginalized countrymen, the OVP has been at the forefront of the fight against the deadly COVID pandemic,” Bordado said.

“I am therefore proposing once again that the P713 million budget of the OVP for 2022 representing a substantial cut of more than 21 percent be increased to at least P1 billion,” he added.

Robredo personally appeared at the lower House to defend the P713.41 million proposed budget of her office for 2022. She said the OVP proposed an original budget of P714.56 million but this was cut by the Buddet department.