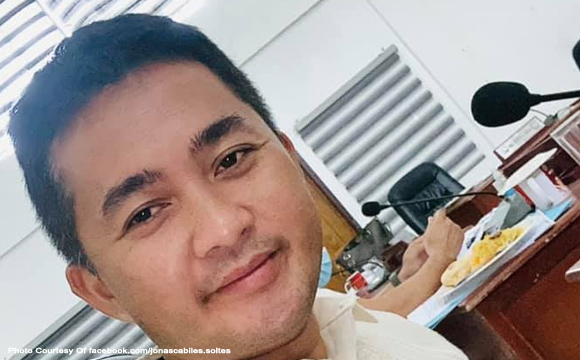 0 280
Share
Want more POLITIKO News? Get the latest newsfeed here. We publish dozens and dozens of politics-only news stories every hour. Click here to get to know more about your politiko - from trivial to crucial. it's our commitment to tell their stories. We follow your favorite POLITIKO like they are rockstars. If you are the politiko, always remember, your side is always our story. Read more. Find out more. Get the latest news here before it spreads on social media. Follow and bookmark this link. https://goo.gl/SvY8Kr

For Soltes, calling her “VP Leni” is fine.

What the people need is a leader, he said.

Everybody knows that Robredo is a mother and has raised her daughters well, and she no longer has anything to prove on this aspect, he added.

The people should now see the strength of Robredo who was able to secure a national office and to continue to soldier on even without a husband by her side, he said.

How about if they call her busy presidente?

“I really don’t like the sobriquet ‘Nanay Leni’ or ‘Mama Leni.’ Everyone of us already has a mother or a mother figure at least. What we need is a leader. Stick with VP Leni instead.

That VP Leni is motherly should be out of the equation already. She has raised her daughters well. There is nothing more to prove.

It’s time, however, to see the strength of the woman who made it to national politics and has soldiered on even without her man,” Soltes posted.