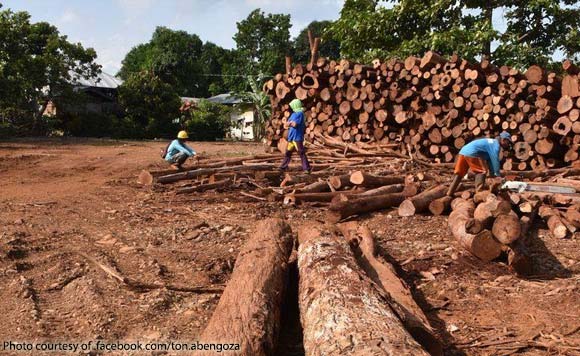 0 240
Share
Want more POLITIKO News? Get the latest newsfeed here. We publish dozens and dozens of politics-only news stories every hour. Click here to get to know more about your politiko - from trivial to crucial. it's our commitment to tell their stories. We follow your favorite POLITIKO like they are rockstars. If you are the politiko, always remember, your side is always our story. Read more. Find out more. Get the latest news here before it spreads on social media. Follow and bookmark this link. https://goo.gl/SvY8Kr

Maryjean Feliciano may be suspended as Brooke’s Point mayor, but she has not forgotten what she is fighting for.

Feliciano is serving out a suspension for stopping the operations of a nickel mining company.

She has not given up the cause.

In a Facebook post, she re-shared photos of the trees that she said the Ipilan Nickel Corporation had cut down.

She said ordinary people would face charges for cutting a single tree even when they are the ones who planted it, but rich corporations are feared by government agencies.

No one from the environment department or the police joined her group when they breached the fence of the mining firm to reach the mountain where the trees that were cut were located, she said.

Had they not gone to the area, the country would not know what the mining firm had done, she said.