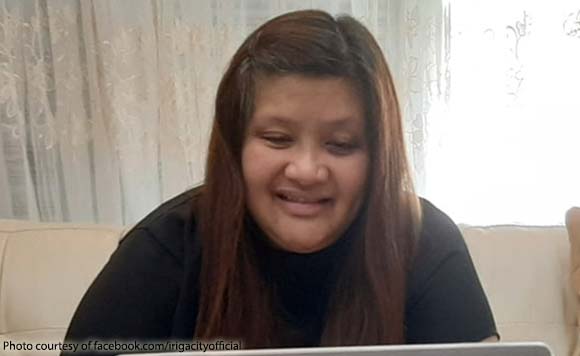 0 313
Share
Want more POLITIKO News? Get the latest newsfeed here. We publish dozens and dozens of politics-only news stories every hour. Click here to get to know more about your politiko - from trivial to crucial. it's our commitment to tell their stories. We follow your favorite POLITIKO like they are rockstars. If you are the politiko, always remember, your side is always our story. Read more. Find out more. Get the latest news here before it spreads on social media. Follow and bookmark this link. https://goo.gl/SvY8Kr

Detractors are out to sow chaos in the camp of Vice President Leni Robredo’s supporters, and Iriga Mayor Madel Alfelor won’t stand for it.

In a Facebook post, Alfelor decried the lies being spread by fake accounts saying that she wanted Robredo to run for governor because she does not think the VP has what it takes to be President.

This is completely false, said Alfelor.

She said she is an avid supporter of Robredo and will back whatever decision she makes.

She is also a bonafide member of Kaya Natin and an advocate of good governance, she said.

Their enemies are spending P10 million a month just to lie and spread fake news, which shows how desperate they are, she added.

“AM AN AVID SUPPORTER OF VP LENI

and an advocate of ‘GOOD GOVERNANCE.”’

BICOL POLITICS, RINCONADA SECRET FILES and others are FAKE ACCOUNTS administered by our political enemies. They are spending 10 Million pesos a month just to proliferate fake news and lie about almost everything…