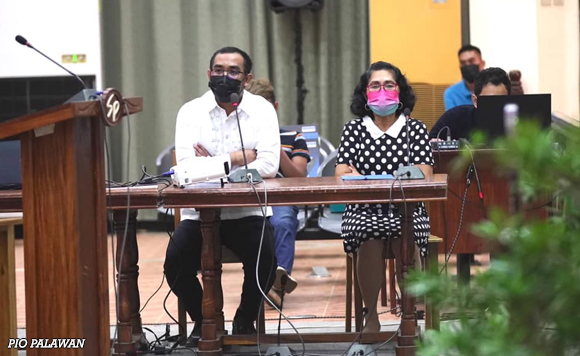 0 395
Share
Want more POLITIKO News? Get the latest newsfeed here. We publish dozens and dozens of politics-only news stories every hour. Click here to get to know more about your politiko - from trivial to crucial. it's our commitment to tell their stories. We follow your favorite POLITIKO like they are rockstars. If you are the politiko, always remember, your side is always our story. Read more. Find out more. Get the latest news here before it spreads on social media. Follow and bookmark this link. https://goo.gl/SvY8Kr

Cojamco faced the SP today, August 10, where his appointment as appoved by the council, led by Vice Governor Victorino Dennis Socrates

“One of the function as the Provincial Information Officer of course is to lead and supervise the information dissemination in the province, and supervise of course the written press releases regarding the activities and the function of the Provincial Government as well as the preparation and submission of results and perform other tasks as directed by the Governor,” said Atty. Cojamco.

The new PIO said that his job requires him to counter fake news and misinformation against the government.

“We constantly check the news they release if there are errors and mistakes, we call them immediately and we have our own fact checking and we release the data that is correct, any misinformation to the public will be corrected immediately,” he said.

“The most effective response in fake news is fact checking and release of correct and factual data.” he added.