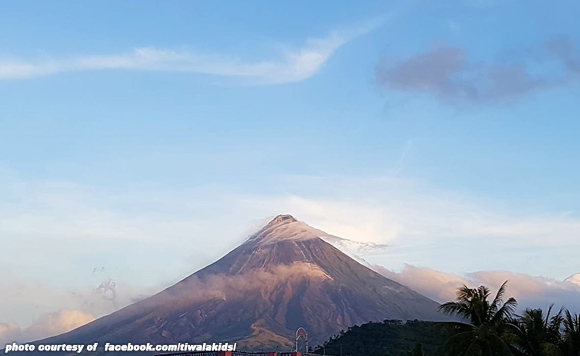 0 272
Share
Want more POLITIKO News? Get the latest newsfeed here. We publish dozens and dozens of politics-only news stories every hour. Click here to get to know more about your politiko - from trivial to crucial. it's our commitment to tell their stories. We follow your favorite POLITIKO like they are rockstars. If you are the politiko, always remember, your side is always our story. Read more. Find out more. Get the latest news here before it spreads on social media. Follow and bookmark this link. https://goo.gl/SvY8Kr

MANILA – The Philippine Institute of Volcanology and Seismology (Phivolcs) has lowered on Friday Mayon Volcano’s status from level 1 (abnormal) to level 0 or normal.

“Observational parameters have returned to baseline levels, and no magmatic eruption is foreseen in the immediate future,” it said.

Among these parameters include the decline in volcanic earthquakes frequency, having an average of 0 to 5 per day for the last six months.

Volcanic earthquakes are caused by movements or eruptions of magma from the volcano, and the decline in its frequency indicates that rock-fracturing within the volcanic edifice associated with magmatic or hydrothermal activity has diminished.

Sulfur dioxide (SO2) emission has also declined below the baseline level of 500 tonnes/day since July 14. No plume has been detected since, according to Phivolcs. Plume emission from the crater has been weak to moderate this year.

A slight and decreasing rate of inflation of the Mayon edifice has been observed, and Phivolcs added that there has been a continued deflation of its southwest slopes since lava flows were deposited on these in 2018.

Meanwhile, the public still needs to avoid the six-kilometer permanent danger zone due to hazards of rockfalls, avalanche, ash puff and steam-driven eruption at the summit area.

Phivolcs also urges the people living in valleys and active river channels to remain vigilant against sediment-laden stream flows and lahar in the event of prolonged and heavy rainfall.

Masbate BM Arevalo asks: How can the Palace keep on…