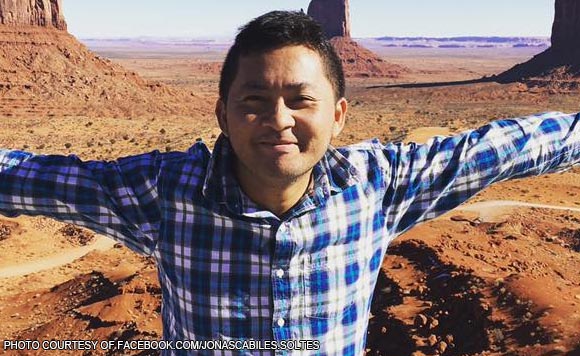 0 263
Share
Want more POLITIKO News? Get the latest newsfeed here. We publish dozens and dozens of politics-only news stories every hour. Click here to get to know more about your politiko - from trivial to crucial. it's our commitment to tell their stories. We follow your favorite POLITIKO like they are rockstars. If you are the politiko, always remember, your side is always our story. Read more. Find out more. Get the latest news here before it spreads on social media. Follow and bookmark this link. https://goo.gl/SvY8Kr

As a politiko, Tinambac Councilor Jonas Soltes knows that there are some things to be taken seriously, and some to be taken lightly.

For Soltes, all things that have anything to do with his duty as public official are to be considered serious matters.

Public officials should act as if what they are doing is a matter of life and death, he said in a Facebook post.

But the politikos should take their positions lightly.

He urged them not to act as if they are greater than those who are in positions of power.

They are public servants, after all!