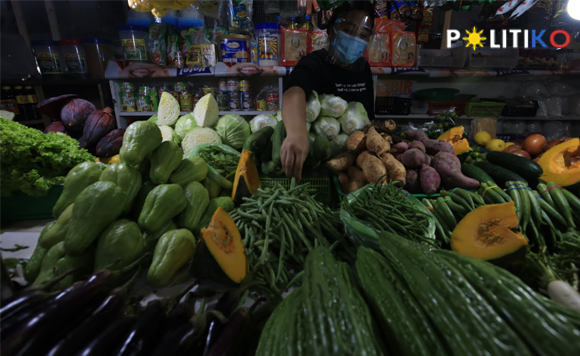 0 230
Share
Want more POLITIKO News? Get the latest newsfeed here. We publish dozens and dozens of politics-only news stories every hour. Click here to get to know more about your politiko - from trivial to crucial. it's our commitment to tell their stories. We follow your favorite POLITIKO like they are rockstars. If you are the politiko, always remember, your side is always our story. Read more. Find out more. Get the latest news here before it spreads on social media. Follow and bookmark this link. https://goo.gl/SvY8Kr

House Committee on Ways and Means chairperson and Albay Rep. Joey Salceda on Tuesday sought the help of the government to lower the inflation rate in the Bicol region.

Bicol recorded the highest inflation rate outside of the National Capital Region.

Although the inflation rate has decelerated from 7.5% in May to 6.3% in June, Salceda said “this remains far too high for our constituents.”

“We also appeal to the DILG and the NTF to rationalize policies on transport, particularly on tricycles, which is a key mode of travel in Bicol, and a key driver of inflation,” Salceda said.

He also underscored the need to ensure that there is adequate food supply, especially during the rainy season, which may affect food production.

Salceda said slowdown in inflation rate in the country is a positive development but there are still key issues that the government should address.

He explained that the 4.1% inflation rate in June was slightly above the 2-4% target band of the Bangko Sentral ng Pilipinas. It will narrow options in interest rate adjustments.

Although the inflation in meat decreases to 17.2% from 22.3%, Salceda said “this is still above what many poor families can afford.”