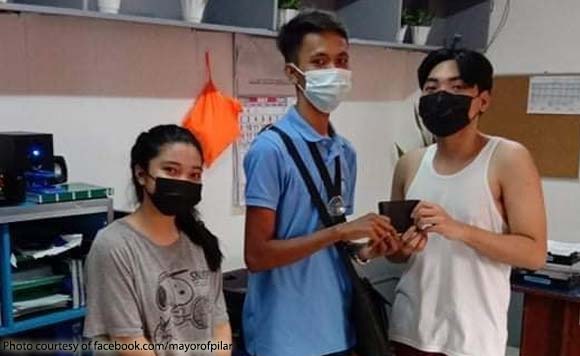 0 404
Share
Want more POLITIKO News? Get the latest newsfeed here. We publish dozens and dozens of politics-only news stories every hour. Click here to get to know more about your politiko - from trivial to crucial. it's our commitment to tell their stories. We follow your favorite POLITIKO like they are rockstars. If you are the politiko, always remember, your side is always our story. Read more. Find out more. Get the latest news here before it spreads on social media. Follow and bookmark this link. https://goo.gl/SvY8Kr

Now this is a person who deserves fame.

In a Facebook post, Reyes said Martillan displayed a notable attribute of a Pilarenio when he returned a wallet he found at the food court of the Port Area to its owner.

The wallet contained a large sum of money, and Martillan turned it over to the Port Office.

The office’s supervisor immediately got in touch with the owner, and the wallet was claimed by his children, who were very grateful to Martillan for his honesty.

Pilar is truly proud of Martillan, the mayor said.

It is lucky that it has an intern like him who does what is expected of a government worker, she added.

HONESTY is making a NAME to FAME

John Mark Menesis Martillan of barangay Calongay, GIP Intern assigned in Port Area, Pilar showcased what is notably an attribute of a Pilarenio when he found a black wallet in Food Court at Port Area where he dropped by after his work.Filled with a ,considerably, large sum of money, he turned over the wallet to the Port Office with Asst. Port Supervisor Jikiri Llarena.

Immediately, after the owner was contacted by Mr. Llarena, it was claimed by the owner’s children with an overflowing gratitude for and on behalf of their father who is a policeman.

PILAR is truly proud of you John Mark and we are fortunate that GIP Intern like you manifests what is expected of as a worker in the government.