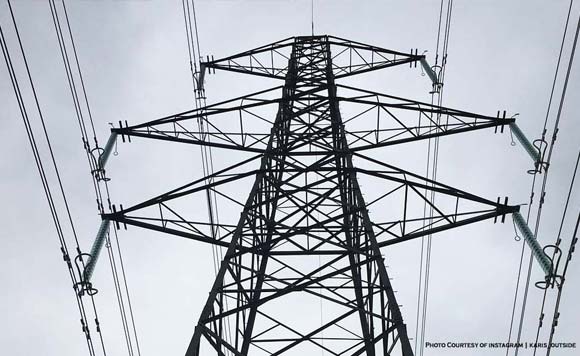 0 283
Share
Want more POLITIKO News? Get the latest newsfeed here. We publish dozens and dozens of politics-only news stories every hour. Click here to get to know more about your politiko - from trivial to crucial. it's our commitment to tell their stories. We follow your favorite POLITIKO like they are rockstars. If you are the politiko, always remember, your side is always our story. Read more. Find out more. Get the latest news here before it spreads on social media. Follow and bookmark this link. https://goo.gl/SvY8Kr

House Committee on Ways and Means chairperson Joey Salceda has sought the intervention of Malacañang and Energy Secretary Alfonso Cusi to prevent the looming power rate hike in Albay.

Salceda said Albay is overexposed to the electricity spot market, whose power prices increased recently due to thin supply and high demand of electricity.

To avert the looming power rate hike, Albay Power and Energy Corp. (APEC) has sought to enter an emergency power supply agreement (EPSA). However, the Department of Energy rejected the request last May 27.

Salceda then called Senator Bong Go and Cusi to intervene.

“Thanks to Sen. Bong Go and Sec. Cusi, the DOE will issue on Tuesday a certificate of exemption from CSP (competitive selection process) to APEC for 6 months,” Salceda said.

Salceda explained that the exemption will enable APEC to engage in EPSA and buy 100% from other suppliers at P6.70 per kiloWatt hour instead of P13.47/kWh at the Wholesale Electricity Spot Market (WESM).

He said the electricity rates in Albay may go down to as low as P8.40 for the July billing.

“This intervention will keep the lights on in Albay, and possibly lower prices. It buys us six months to solve more structural issues with APEC,” Salceda added.