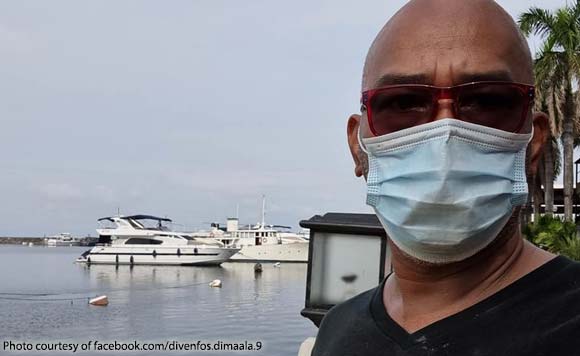 0 382
Share
Want more POLITIKO News? Get the latest newsfeed here. We publish dozens and dozens of politics-only news stories every hour. Click here to get to know more about your politiko - from trivial to crucial. it's our commitment to tell their stories. We follow your favorite POLITIKO like they are rockstars. If you are the politiko, always remember, your side is always our story. Read more. Find out more. Get the latest news here before it spreads on social media. Follow and bookmark this link. https://goo.gl/SvY8Kr

Some scammers are so audacious that they even ask for cellphone load in the thousands of pesos while using the names of politikos.

Odiongan Vice Mayor Diven Dimaala warned of such a modus in a Facebook post and cautioned his friends and followers against falling for the scam.

According to Dimaala, somebody pretending to be him called a restaurant to order wine and food.

The scammer also asked for cellphone load, with the amount adding up to P19,900, he said.

He apologized to the business owners who fell prey to the scam.

He also said he was actually in Manila for medical reasons and for official business.

Extra caution is a must!

“To all concerned,be watchful of calls not on your phone book.

Just today at the Romblon capitol, somebody pretended to be myself ( and even tagged the vice governor Felix Ylagan to be in his company) ordered sumptous food with wine combo and later the scammer requested for a cp load amounting to 19,900.

Big sorry to the victims.(Ms Johana Aura and Carins Yabao)

I am in Manila for a medical and official business.

The Vice Governor is also in Manila.