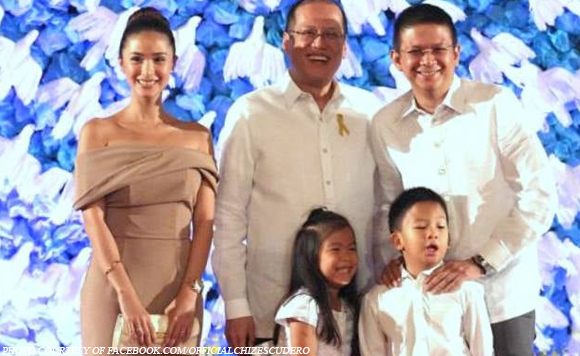 0 233
Share
Want more POLITIKO News? Get the latest newsfeed here. We publish dozens and dozens of politics-only news stories every hour. Click here to get to know more about your politiko - from trivial to crucial. it's our commitment to tell their stories. We follow your favorite POLITIKO like they are rockstars. If you are the politiko, always remember, your side is always our story. Read more. Find out more. Get the latest news here before it spreads on social media. Follow and bookmark this link. https://goo.gl/SvY8Kr

Sorsogon Governor Francis “Chiz” Escudero has mourned the demise of former President Benigno Aquino III as he lauded the latter for his fight against corruption.

“I was truly saddened to learn the passing of my long-time friend, former President Benigno “Noynoy” Aquino III, whose presidency from 2010 to 2016 has been admired by many here and abroad for his deep commitment to democracy, human rights and curbing corruption,” said Escudero.

“His understanding of the connection of poverty and corruption resonated well during his administration and influenced policies toward empowering the poor while holding public officials accountable for their misdeeds,” he added.

Aquino died today in his sleep due to renal failure, his family announced.

“I am quite sure that the world mourns with your loved ones, but with grateful hearts for your contribution to the Filipino people as a public servant and a remarkable person,” said Escudero.

“My heartfelt condolences to your family and I pray to God to give them strength in this difficult time,” he added.