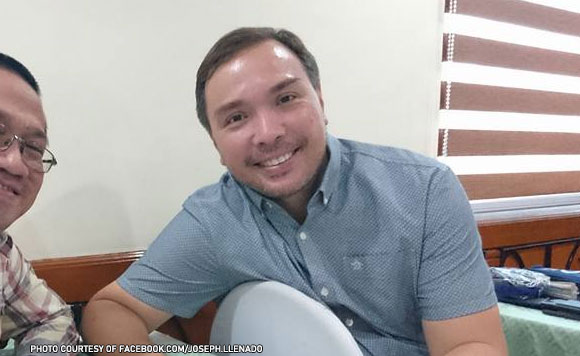 0 329
Share
Want more POLITIKO News? Get the latest newsfeed here. We publish dozens and dozens of politics-only news stories every hour. Click here to get to know more about your politiko - from trivial to crucial. it's our commitment to tell their stories. We follow your favorite POLITIKO like they are rockstars. If you are the politiko, always remember, your side is always our story. Read more. Find out more. Get the latest news here before it spreads on social media. Follow and bookmark this link. https://goo.gl/SvY8Kr

Former Palawan Governor and current Games Amusement Board (GAB) chair Abraham Mitra has been charged recently before the Office of the Ombudsman for allegedly violating the health protocols amid the lpandemic.

Mitra was slapped with complaints before the anti-graft body over his series of travels in Puerto Princesa City and was reportedly seen there violating the minimum health standards for allegedly not wearing face masks on several occasions.

The former provincial chief executive was among the honored guests of the local government unit of Puerto Princesa City during the Balayong Fun Ride and Acacia Tunnel Lighting which was both held last March 6.

The said event has been pursued by the Puerto Princesa LGU despite the increasing COVID-19 infections in the city.

Some of Mitra’s alleged photos that circulated social medial platform Facebook and included in the complaint sheets showed that he was not wearing masks on several occasions. The sports official was eventually tested positive for the dreaded COVID-19 disease a week after the two events.

The complainants claimed tha Mitra committed “gross neglect of duty”, “grave misconduct”, and “negligence” for roaming around the city as an Authorized Person Outside Residence (APOR) but failed to observe the protocols while the city was under the heightened Modified Enhanced Community Quarantine (MGCQ).

Aside from the two public events, the GAB chair was also seen attending a wedding ceremony and reception and was spotted having dinners with other officials of Palawan.

“Aggravating the situation was the subsequent travel and attendance to mass gatherings by Chairman Mitra after having been place to a place evidently prone to COVID-19 exposures, without regard to the possibility of further spreading the virus,” the complaint read.

Mitra has already dismissed the allegations against him in his weekly online program on Facebook, saying that he didn’t violate any health protocol when he attended the two events in Puerto Princesa City last March.

The former governor added that he was assured by the city health officials in Puerto Princesa that the surge in COVID infection did not emanate from those said events. (CMC)